When shopping for PEX pipe you probably know that there are two main types, PEX A and PEX B. To know which one is most suitable for you, you must know the differences between them. And so, this article will provide you with all the relevant information on both types and their advantages vs disadvantages.

What is PEX A?

PEX-A is a tubing produced using Peroxide, or otherwise known as the “Engel” method, named after the inventor Tomas Engel. During the PEX-A manufacturing process, free radicals are created when HDPE polymer is melted and cross-links between molecules occur at temperatures that exceed the decomposition temperature of the polymer.

Here is an example of PEX A tubing, readily available on Amazon! 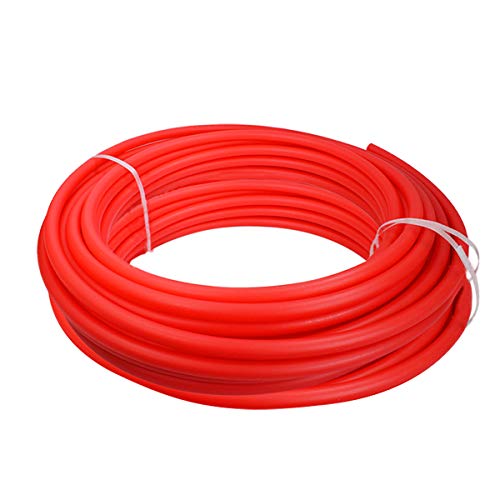 What is PEX B?

PEX B is made using a “Silane” or “Moisture Cure” method of cross-linking. This is where the links between the molecules of the HDPE polymer are formed after the extrusion process using a catalyst and by exposing the PEX tubing to water. PEX B is probably the most common and is manufactured by a large amount of companies.

Below is an example of PEX B, which is readily available on Amazon. 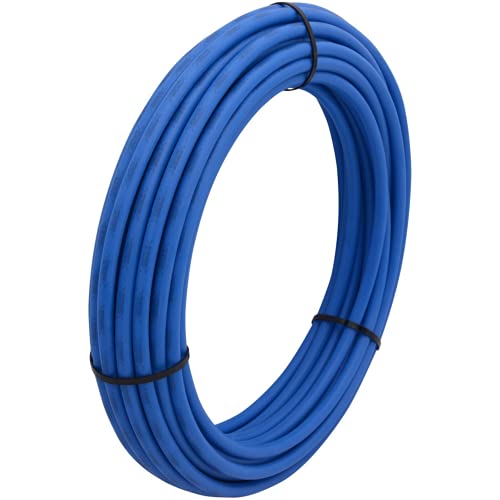 PEX A vs PEX B – The Key Differences

Other than the cost difference between PEX A and PEX B, there are multiple other key differences which include:

Let’s take a look at these in more detail!

When it comes to the joining method, PEX A vs PEX B fittings, PEX A uses an expansion-style fitting, which is much larger in diameter than the PEX B fittings and requires an expansion tool. The expansion tool helps you enlarge the pipe and sleeve in order to slide in the fitting. Due to PEX A’s great expandability, the material will shrink back to its normal size from memory, which will tighten snugly around the fitting.

This joining method eliminates the risk of flow restriction as the fitting is the same diameter as the pipe. On top of this, if you’re installing PEX A in a difficult to reach area, you can expand the fitting while in a comfortable position and then have enough time to join it with an already-installed pipe, as you will have a few seconds before the expansion shrinks.

The only negative here is that when you’re in a cold environment, it may take a while for the expansion-style fitting to shrink back down to their original size. If this is the case, you can use a heat gun to warm up the fitting and speed up the process.

PEX B on the other hand, uses an insert-style fitting. You fasten the fitting in place with a copper sleeve and a crimp tool, after inserting it in the pipe. Due to not needing an expansion tool for joining PEX B, the method is simpler and therefore, a lot faster to conduct than for PEX A.

Regardless of the weather, hot or cold, the joining method workflow for PEX B remains the same. However, PEX B fittings are smaller in diameter, which will downsize the diameter of the pipe at the joint. This will result in an increase in flow resistance as well as a decreased volume of water to the fixtures in your home (if for plumbing).

The PEX B joining method is not as ergonomic as PEX A, if the crimp tool isn’t square on the sleeve, it may be possible that it becomes crooked and causes a leak.

In terms of flexibility, PEX A is very flexible, allowing you to make closer radial bend than PEX B. If and when PEX A pipes kink, you can repair them using a heat gun. Heat makes the material activate and naturally expand back to its original shape.

PEX B’s flexibility is limited due to being made of the same expansive material as PEX A. IF the pipe kinks, you’ll be unable to repair it and therefore, must cut it out and start all over again.

Incorrectly sized systems are one of the most common problems faced with PEX B plumbing systems. Due to PEX B’s insert-style fitting as already mentioned, a bottleneck can be caused in the system therefore, you must upsize the system to account for any flow restrictions. PEX A does not experience this, and you do not need to worry about upsizing thanks to the expansion-style fittings.

Cold environments can increase the risk of your piping system freezing during extreme temperatures. Naturally when pipes freeze, they’re suspect to bursting. PEX A and PEX B do however, react to this risk differently.

PEX A is more resistant to burst pressure than PEX B due to its expansive material being able to handle pressures up to 500PSI, making it extremely reliable in cold temperatures. As PEX B is a more rigid material, it will certainly not hold up as well in similar environments.

PEX A is by far the most flexible between the two types of PEX tubing, has little or no coil memory and also gives the installer the ability to repair kinks with a heat gun. PEX B’s downside is its stiffness and coil memory – its tendency to return to the original shape of coil.

PEX B larger pipe diameters above 1″ can be noticeably harder to bend than those of PEX A. Any kinks made during the installation of PEX B can only be repaired by installing a coupling and cannot be repaired with a heat gun like PEX A.

PEX A has been used for over 50 years which is far longer than other types, with very few publicly known issues. On the contrary, PEX B has been around for around 40 years with no known issues.

Though a downside to PEX A, is that it has a high rate of chemical leaching, anywhere from 50% to over 200% higher than PEX B, making it a major concern for plumbing applications.

In terms of price, PEX B is the clear winner. When the pipe is coupled with fittings and tools it is 2-3 times lower than PEX A. PEX B has a higher bursting pressure than PEX A and a similar or better resistance to oxidation, which is very important for plumbing installations.

PEX A and PEX B are both great choices for hot and cold water plumbing, with the latter offering more attractive combinations of health and safety, increased durability and a lower price.

For anything else like compressed air systems, baseboards, radiatiors, snow melting and other types of closed-loop heating systems, either material is suitable depending on your personal preferences from the factors mentioned above.

I have picked out a few very useful PEX A vs PEX B youtube demonstrations that may dig deeper into this topic, and be of great help to you!

How to tell difference in pex a vs pex b?

To distinguish which pipe you’re dealing with, every PEX pipe is manufactured with its design specifications listed directly on the pipe, so check the markings! The markings will provide not only what type of pipe it is, but the standards and manufacturer details too.

Should I use PEX A or PEX B?

PEX A is the most flexible of all types of PEX tubing, and boasts little or no coil memory whilst PEX be is stiffer and does have coil memory, making it impossible to unkink. However, in terms of price, PEX B is the better choice. Both are suitable for similar applications so it is generally down to a choice of your preference based on what is most important to you ie. price, flexibility or ease of installation.

Are PEX A and PEX B fittings the same?

No, PEX A uses expansion-style fittings which are larger in diameter than PEX B fittings and require the use of an expansion tool. PEX B uses far simpler insert-style fittings but due to their smaller diameter, they will downsize the pipe and lead to flow resistance.

Is Shark Bite PEX A or B?

SharkBite is PEX B and can be found at wholesalers, home improvement retailers, local hardware stores and even online on Amazon. Their pipe boasts the highest chlorine resistance rating and UV resistance rating, and is approved for use in potable water installations.

What is the best type of PEX to use?

If you have any questions regarding PEX A vs PEX B pipe & fittings, please leave a comment below, with a photo if applicable, so that someone can help you!

Types of Clamps For Hoses – Buying Guide, Which Hose Clamp to Use For What Application