Duplex nails are very common nails found in temporary structures such as scaffolding. They go by a few different names, and so, this article will provide you with all the relevant information on duplex nails and whether you can use them with compressed air.

What Are Duplex Nails?

A duplex nail, or commonly referred to as double-headed nails, is the typical nail choice for projects that involve quick nailing like construction scaffolding, form work and temporary braces. Duplex nails are as strong as your normal more common nails, but they feature two heads so that they’re capable of being removed far easier.

These types of nails are driven into wood up to their first head, which leaves a small bit f the nail and the second head sticking out. Therefore, all you need to do is use the reverse end of a claw hammer to remove the duplex nail with ease.

Duplex nails get their name from their two layers of head on the nail that keep them from being driven completely into surfaces. Though this may seem odd, it’s not if you want to pull the nail out in the near future. For instance, scaffoldings are generally only temporary fixtures, so these types of nails are often used, and then reused. Forms for foundations and temporary hurricane barriers over windows are other common uses for duplex nails.

Duplex nails were often referred to as scaffolding nails too because they were typically the first choice of nail for easy to disassemble temporary wood scaffoldings. When metal scaffolding replaced wooden scaffolding, the names duplex nail and double-headed nail became the more popular ones.

Here’s an example of a duplex nail available on Amazon! 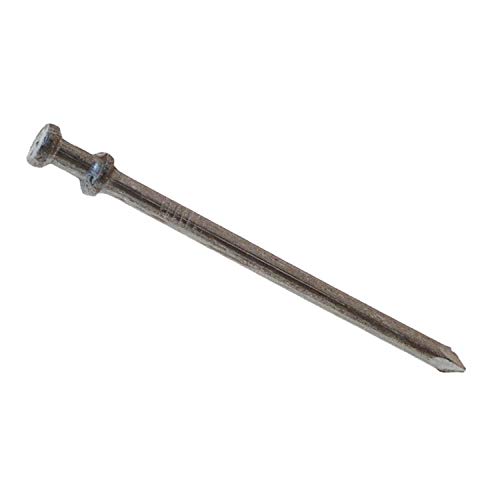 What Are Duplex Nails Used For?

Once the concrete has hardened, the wood forms can be easily taken apart with the claw of a hammer, pulling the nails out by the protruding second head of each nail. Something that would not be nearly as simple with other forms of nails. The double-headed nails are removed in a similar manner when wooden scaffolding projects are completed.

Double-headed nails are normally used to build these temporary structures mentioned because they don’t go all the way into the wood while being very easy to remove. However, these nails can be used for anything that you build temporarily, where you know you will be removing the nails at some point down the line.

And these duplex nails range from 1” to 4” in length. The distance between the two nail heads ranges from ¼” to 7/16” and this generally increases in length as the nail’s overall length increases.

The diameter range of a double-headed nail ranges from .113 to .207 inches.

How to Install & Remove Duplex Nails

When hammering a duplex, or double-headed nail, drive the nail into the wood like a regular nail, specifically up to the first head. The second head will remain visible outside the wood.

To remove the nail, insert the reverse end of the standard claw hammer between the two heads. Pull the hammer toward you in a downward motion to release the nail from the wood with ease.

A common question posted across the internet is people asking, can you use pneumatic nail guns for duplex nails? It may seem a bit overkill if the duplex is only going to be in temporarily. No pneumatic nail gun, whether that be a framing gun or brad nailer, is designed to shoot duplex nails.

The best tool to use for the job is a cordless Duplex nailer which is designed for duplex nails and will offer a massive productivity boost vs. hand driving duplex nails, or trying to get your pneumatic nail gun to fire them. 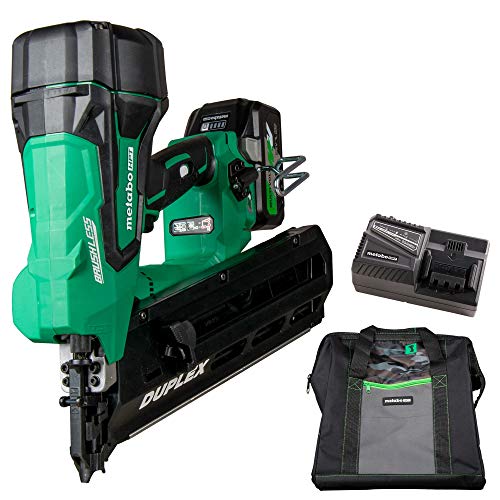 This tool can save you valuable time on projects, allowing you to move quickly while building concrete forms and scaffolding, driving up to 16D duplex nails.

Other nail gun related pages you may be interested in reading:

What is a double headed nail used for?

Double-headed nails are often used for temporary structures because they can be removed easily and then reused. They are frequently found holding wooden scaffolding together and are used to fasten wood forms while the concrete is being poured in concrete pouring projects.

What is the 2 headed nail called?

2 headed nails are often called duplex nails or double-headed nails. They did, however, use to be referred to as scaffolding nails until scaffolding changed from wood to metal.

How long is an 8D duplex nail?

If you have any questions regarding duplex nails, please leave a comment below, with a photo if applicable, so that someone can help you!

Does a compressor tank need more than one port?