It seems to be a very popular discussion with air compressor users, and so we will present to you all the relevant information about and differences between the two variations of air compressor designs.

Their processes are very similar, with only one minor difference. Here’s a brief look at both operations:

As you should know by now, the biggest difference is that single-stage compress air once, and two-stage twice. Therefore, the most notable difference is the size of the cylinder and where the pistons are located on each type of compressor. Single-stage air compressors have both pistons the same size and so both the cylinders are also the same size. But, dual-stage air compressors have a large piston for low pressure and a small piston for high pressure, and so, one side of the cylinder is visibly larger than the other.

For the independent craftsman, single-stage air compressors will power a variety of handheld pneumatic tools that don’t exceed 100 PSI. Two-stage compressors, however, are able to produce higher airpower, making them better for large-scale operations and continuous applications. Any plant or auto shop with rather complex arsenals of tools or machinery will need the higher-capacity two-stage compressor in order to operate better.

Woodworking is one of the most tool-intensive activities that someone could do in their backyard or garage. From cutting and sanding, to drilling, nailing, or sawing, there’s a mass amount of tools that can be air-powered to help you complete projects such as making furniture or even fixtures for the house.

Single-stage air compressors allow you to power a vast array of woodworking tools that make it possible to achieve these efficient and accurate traits. Some of the tasks you would be able to accomplish with a single-stage compressor include:

Metalworking is another use of single-stage compressors that allows tasks to be performed in seconds with the appropriate tools. With metal being a lot harder to cut, drill, mold, and join together, air-powered devices are ever so important in the successful completion of tasks. Single-stage compressors allow users to conduct the following tasks:

Typically, all of these metalworking and woodworking tasks can be performed efficiently with a single-stage unit and tools that operate at under 90 PSI.

For aircraft, tanks, and other aerospace and military pieces of equipment, two-stage compressors are used in all stages of their assembly. Two-stage air compressors allow manufacturers of aircraft, helicopters, rockets, and other military vehicles to be produced with speed and precision for maximum efficiency. Without compressed air, manufacturers could not meet such fast production demands. Most notably the following processes:

Which is Better? Single-Stage or Two-Stage?

If you’re looking to operate multiple tools simultaneously, then the most important specification for you is the compressor’s CFM, the operating capacity of the compressor. Your compressor must exceed the demands of all your tools and be able to run continuously, which is why two-stage air compressors are better for this sort of work.

Which is More Reliable? Single-Stage or Two-Stage?

That’s not all right? A major difference between a single-stage compressor and dual-stage air compressors is that the latter is suited to ongoing, or continuous, applications, while the former is primarily designed for intermittent use. So, determining which type of compressor is more reliable will totally depend on what jobs you intend to do with your compressor.

I’ll dig deeper into each compressor’s uses further down this article, but for now, a single-stage compressor is typically suited to handling jobs like powering your air tools in your garage or even some cooking equipment in the kitchen. If you were to require a compressor for heavy machinery and other factory applications, then it’s quite easy to say that single-stage compressors won’t be that reliable, or as reliable as a two-stage unit.

Why is this you might wonder? Well, the parts in single-stage models are a lot large and more prone to condensation. Let alone the fact they’re not built with a 100% duty cycle (continuous use). Compared to their single-stage counterparts, dual-stage air compressors are capable of providing the large amounts of CFM needed to handle masses of air-powered tools and therefore, they are more suited to applications that include painting and sanding.

Which is More Expensive? Single-Stage or Two-Stage?

Due to the additional stage in two-stage air compressors, they tend to be more expensive than their single-stage counterparts due to the additional parts needed. However, these parts are smaller and typically require less frequent maintenance than the parts in single-stage compressors. And so, in the long run, a two-stage compressor may actually become less expensive and a far better investment.

In terms of factory settings, where multiple pneumatic tools are being powered simultaneously. You need two-stage air compressors because they can offer optimal CFM for your multiple high-powered pieces of equipment. A single-stage compressor within a factory setting would certainly not suffice.

You would more than likely need multiple single-stage compressors available to handle your applications, which would increase your operating costs. Without a doubt, in factory settings, the upfront cost of two-stage air compressors will save you money in the long run. Two-stage compressors offer better value and reliability for continuous use applications, such as auto repair and manufacturing. 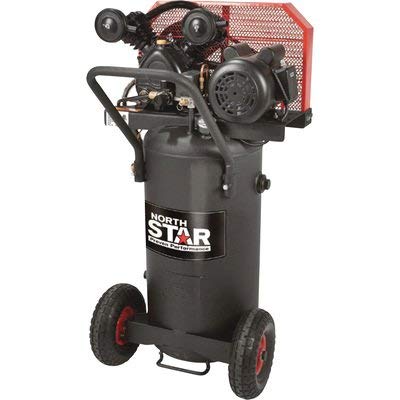 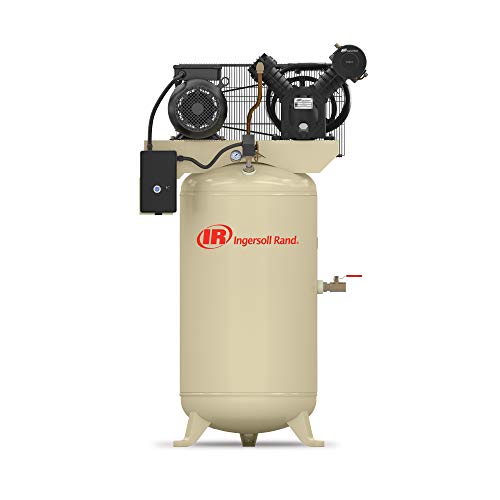 What is the advantage of a 2 stage compressor?

How do I know if my compressor is 2 stage?

How many compressor stages do I have?

You can easily tell how many stages your compressor has based on the size of the air cylinders. All cylinders will be the same size on single-stage compressors. On the contrary, dual-stage or multi-stage compressors will have a second piston shorter than the first or progressively smaller cylinders, linked with a cooling tube to bring the temperature down before the second round of compression on two-stage compressors.

Other Types of Compressors Reading

The types of compressors aren’t limited just to single or two-stage compressors, there are many different variations of design. Visit our pages below for more information!