Valves are an integral part of any piping system, whether that be a compressed air system or for conveying liquids and other gases. They are typically used to control and regulate the media in question.

Globe valves and ball valves are two of the most common types of valves found across industries. They have significant differences in their design, mechanisms, applications, and more, and so, this article will provide you with all the relevant information on both!

What is a Globe Valve?

The globe valve is a member of the linear motion valve family and is aptly named because its body design typically represents the shape of the globe. Its key function is stopping and starting the flow of a medium as well as being able to regulate it.

These types of valves offer a tight seal with little chance of leakage. Modern globe valves may adopt varying body shapes like a plug-like disc which allows or blocks the flow. Globe valves are great for throttling flow too, given that their seats are parallel to the flow. They do not erode when on but can be liable to high-pressure drops due to their design.

Here’s an example of a globe valve readily available on Amazon! 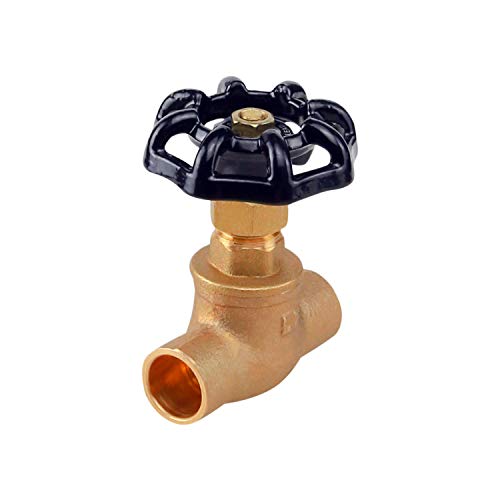 What is a Ball Valve?

Ball valves are one of the most user-friendly control elements in a compressed air system. These valves are inexpensive, reliable, and easy to operate. A ball valve is a shutoff valve used to control the flow of a medium by utilizing a rotary ball that has a bore. The flow of the medium is allowed to either flow through it or be blocked by the 90-degree rotation of the ball inside the valve.

Ball valves are generally known for their long life span and the ability to provide reliable sealing, even when the valve has not been in use for a long time. On top of this, they boast good resistance against contaminated mediums compared to other types of valves.

Here’s an example of a ball valve readily available on Amazon! 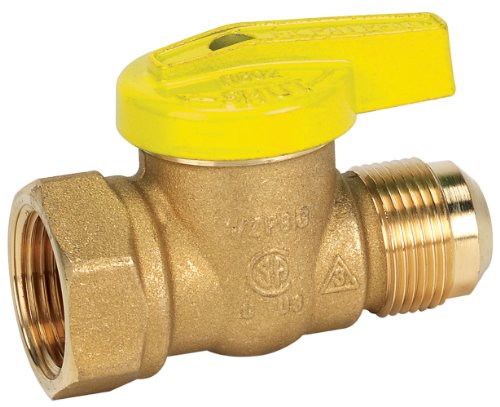 Given the definitions of the globe valve and ball valve, along with their advantages and disadvantages, you should have a good idea already about the differences between them. But, I would like to dig into it a bit further and focus on the following differences:

One of the biggest differences between the two types of valves is their design. Ball valves have a stem and ball that move horizontally and are generally referred to as “rotational” valves. Globe valves, on the other hand, have a stem and plug that strokes linearly (vertically), giving them their other name of “stroke” valves.

A globe valve, named for its spherical shape, has a movable plug or disc that moves parallel to the medium flow. The disc within the globe valve is designed to move up and down from the seat and a full flow means that the disc only needs to move slightly from the seat. These valves are designed to allow throttling.

These parallel vertical movements allow the space between the disc and the seat to change ever so slowly when the valve starts to close, which in turn gives the valve the good throttling ability it has and also allows it to regulate the flow within a pipeline which can often be desirable.

Ball valves on the other hand are designed with a ball inside their valve. This ball is a form of quarter-turn which uses a hollow, perforated, and pivoting ball to enable it to control flow through it. When the hole is in line with the flow, the valve is open, and then the valve can be closed by pivoting the valve handle 90-degrees.

Typically ball valve handles will lie flat and in the alignment of the flow when they’re open and then perpendicular to the flow when closed, making it easy to know the valve’s status.

Ball valves are generally the least expensive of any valve configuration and not only that, but they have low maintenance costs. The price difference between ball and globe valves may be quite small until the size of the valves become large and then, globe valves will typically be a bit pricier than ball valves of the same specifications.

Ball valves are typically suited for keeping flow closed for long periods of time, and work efficiently with high-pressure systems like a fire-hose. Globe valves are suited to systems that require regulation and control of the flow. Cooling systems, fuel, and steam systems are a few examples of where globe valves are commonly used.

Globe valves are commonly found in residential water services also and generally do not represent a good choice for compressed air services.

When would you use a globe valve?

Globe valves are suited to applications where flow rate control and open/close operation are desired. They are primarily used in scenarios where throttling is required. It’s as simple as turning the handle of a globe valve to adjust the rate at which the flow of the medium flows through the valve.

What is the advantage of a globe valve?

Which is better globe valve or ball valve?

Ball valves are very robust products that work well over a long life span. They remain stable and reliable, firmly operating and closing even after extended periods of disuse. These characteristics make them an ideal option for shut-off applications, where they are sometimes favored to other types of valves like gate valves or globe valves. On the other hand, ball valves may not provide the finest control in the throttling applications that globe valves excel in.

If you have any questions regarding globe valves vs ball valves, please leave a comment below, with a photo if applicable, so that someone can help you!

Bostitch Compressor Oil – Choosing Oil, How Much To Use & Changing Oil

How to reset service hours on a HV 37?